There is a whole new generation of personal finance experts tapping into specific modern needs.

Unvarnished in style, these new challengers are gaining an audience among those who find established gurus like Dave Ramsey or Suze Orman a bit, well, staid.

They offer advice with attitude: telling their followers to get financially “naked,” warning about reptile-like salesman or yelling that we should save until it hurts.

And people are listening. These new voices have email lists and social-media followings in the hundreds of thousands and are increasingly adding that more traditional marker of influence — a best-selling book.

They’re breaking through at a time when people are searching for help with their planning in the form of an easy read. Annual U.S. personal-finance book sales are up 50% from five years ago [this article was written in October 2020], data from NPD BookScan shows. The Covid-19 pandemic has supercharged this trend, pushing sales of the genre up 28% year-on-year in July 2020.

We asked some of the most influential of the new breed for their thoughts on the personal-finance lessons of the Covid age, as well as what people are asking them. 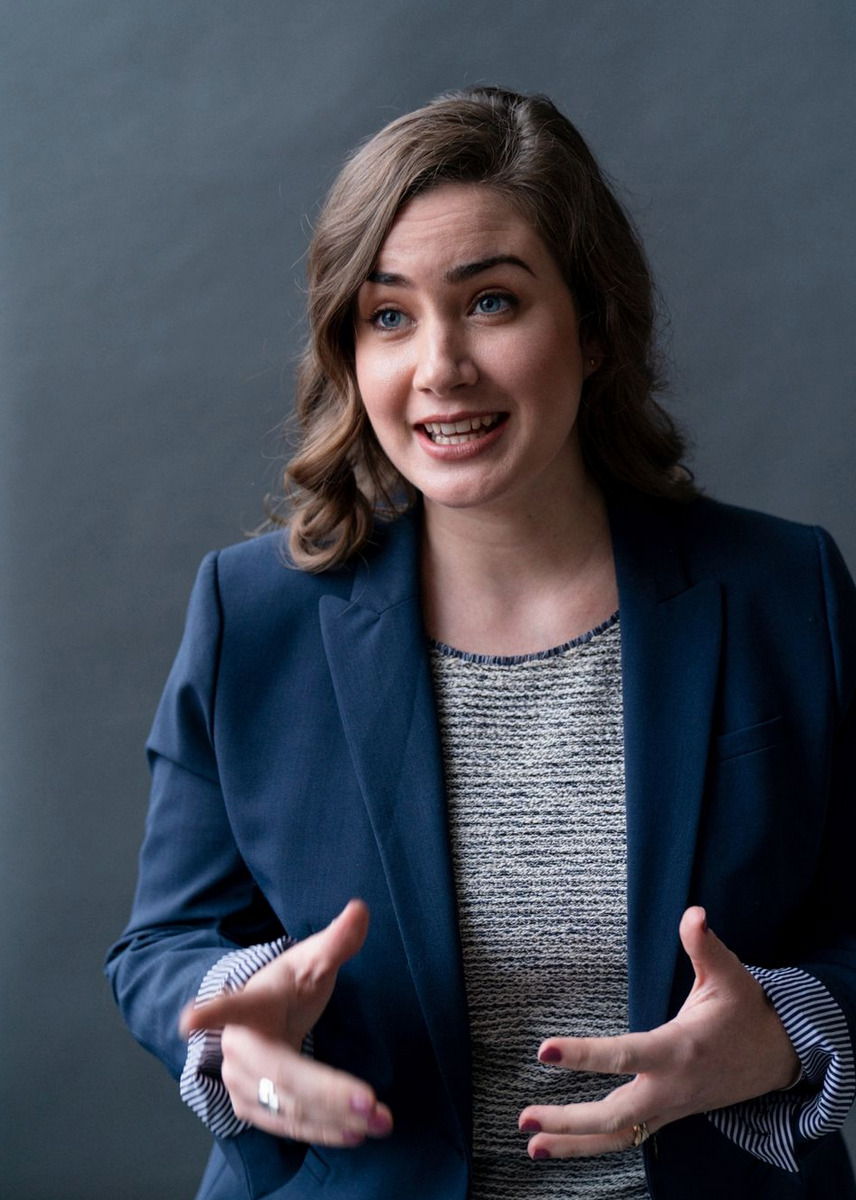 Best for: Those who are anxious even thinking about money

Break out moment: The 2017 publication of her first book, “Broke Millennial: Stop Scraping By and Get Your Financial Life Together,” was well received by mainstream reviewers and fellow bloggers.

Lowry is that rarest of things: a debt-free millennial. That’s the result of good fortune — having family who could contribute — as well as choices. She turned down her dream college for one that offered a scholarship. Her first job was as a page on David Letterman’s Late Show, and instead of hitting the bars during those years, she babysat to earn extra cash.

Her message is simple: Get your head out of the sand, face up to what you owe and make a plan. Central to her approach is facing up to potentially awkward conversations about money, whether that’s restaurant bills with friends or getting “financially naked” with your partner about earnings and debts. The first step is addressing psychological blocks inhibiting you talking about money — especially those inherited from your parents.

Aimed squarely at the Instagram generation, her commonsense advice focuses on how to deal with FOMO (fear of missing out), why you shouldn’t base your plans on some future hoped-for salary and how to invest while also paying off debt.

How has the pandemic changed what people should be doing with their money?

Technically, I’d changed my recommendation on minimum emergency savings prior to Covid, but I doubled down. The rule of thumb to have a $1,000 emergency savings fund if you were paying off debt is now outdated. The bare minimum needs to be one month’s worth of living expenses if you’re in debt-repayment mode.

I’ve personally become more conservative for my own emergency fund. The standard three to six months used to sound more than sufficient for my household, especially because my husband and I both work, but now I’m aiming for a year’s worth of emergency savings. I know that can sound overwhelming, so six months is still a reasonable suggestion.

What are people worried about during the pandemic?

The questions have quickly pivoted to handling the financial fallout of a job loss or furlough. In many ways, these are unprecedented times because you didn’t have the option to go pick up a side hustle or cobble together an income working some part-time jobs — especially if you were in a higher-risk health category. There was no quick advice to be offered, and instead I worked on curating resources to share, including affordable mental-health services, and tried to offer an empathetic ear.

One of the big things I did push was recommending people create their “bare-essential budget” and know exactly the minimum they needed in a month to financially survive, which is generally money for housing, food, utilities, transportation (especially for essential workers), childcare (in non-quarantine times), and health care. That’s the number on which I advise people to base their emergency funds. It also helps provide clarity on how to cut costs if you lose income. 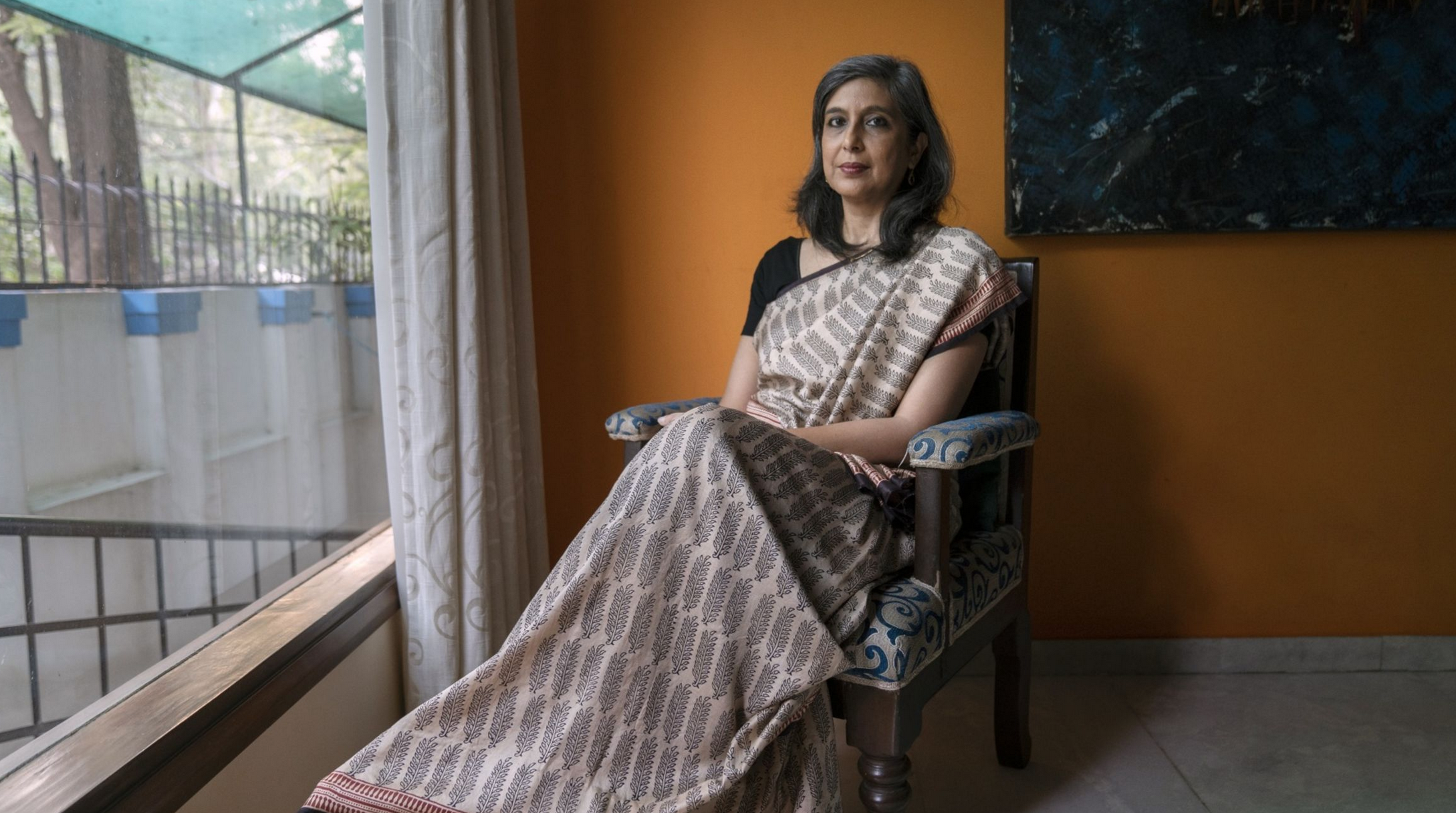 Break out moment: The 2018 publication of her book “Let’s Talk Money” translated her decades of experience into an easily-digestible tome for the mass market.

For India’s burgeoning urban middle classes, Halan is the go-to voice of financial sense. A government adviser, academic and journalist, she’s on a mission to educate and protect the newly affluent retail consumer from a market which — by western standards — is still very loosely regulated.

A campaigner for better consumer protections, she rails against complex products, commission-based salesmen and warns readers they should treat interactions with the insurance industry “like walking through reptile-infested waters.”

Her books are peppered with broad guidelines rather than prescriptive rules. And offering reassurance is key: Readers are told they are “doing okay” if they’re spending less than 50% of their take-home pay on living costs, for example.

With so many must-read personal finance books targeted at a Western market, Halan’s drawn a legion of fans for her relatable focus on what it takes to live the specifically Indian urban mass affluence lifestyle.

What impact will Covid have on our personal finances?

We are not going to go back to the caves and carts. In fact, the use of technology will take us to a new level of productivity and growth. Use this downtime to upgrade your skills and mindset if you want to stay relevant in the job market. Plan to keep earning for well beyond 60 years old, for we will live longer — no matter that the short-term fear of death makes us feel vulnerable. It is a good idea to have a side hustle that you slowly build up over time. Remember that 60 is the new 40, and you will need to keep yourself busy and earning well into your 70s.

What are people asking you these days?

Should I get out of the market? My answer remains the same: Unless you are a professional money manager, please do not try and time markets and enter or exit on the basis of events outside of your life. If the market crash in March made you feel insecure enough to redeem your entire stock portfolio, clearly your risk profiling was wrong and you are extremely risk averse.

Safety can be built by having a large enough emergency fund rather than putting long-term portfolios at risk. My key personal finance lesson is that asset allocation is the most important part of getting your financial planning right. If you have a good enough safe asset base — high credit quality debt funds, fixed income products — then you can ride out the volatility. 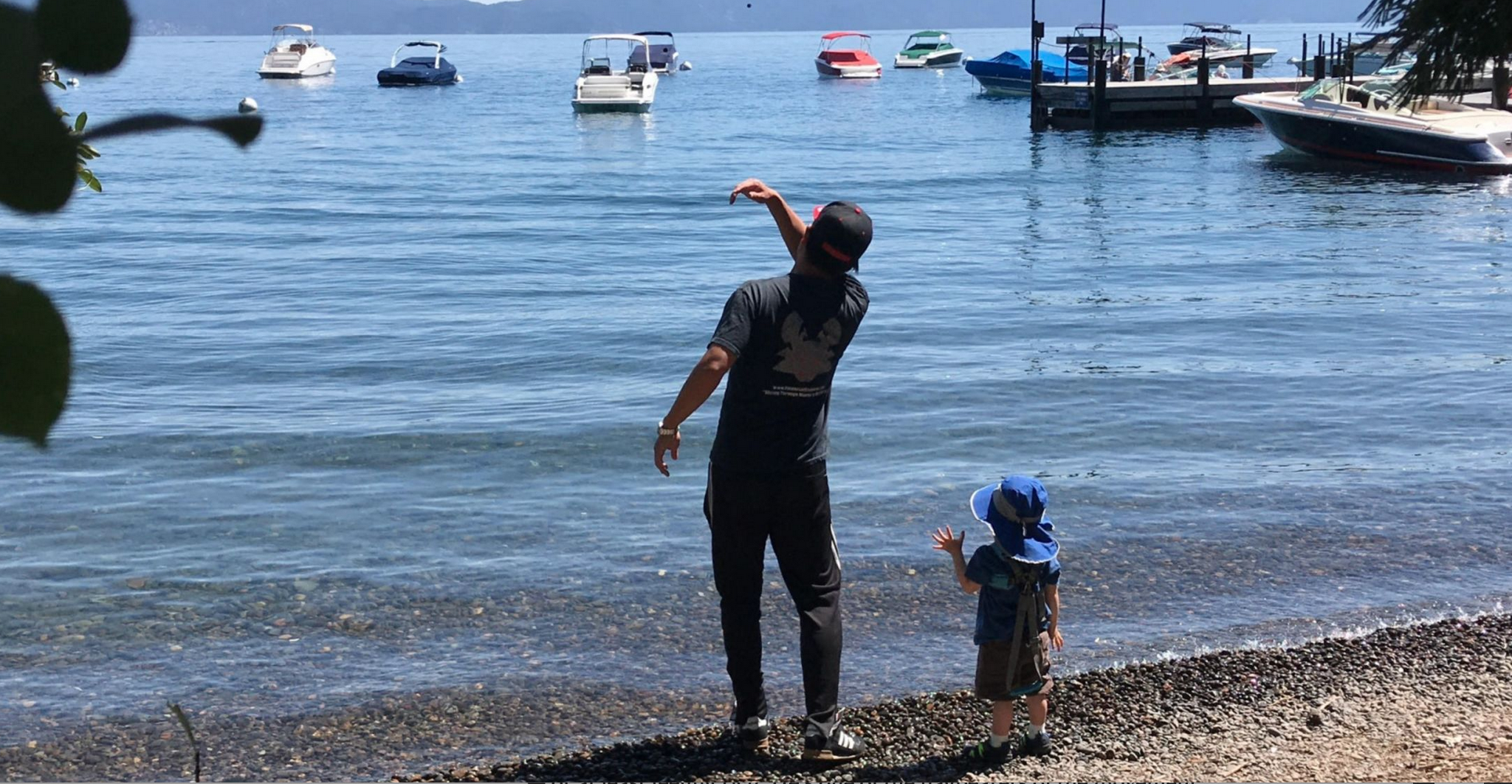 Key message: If it’s not hurting, you aren’t saving enough

Best for: High-income earners looking for an escape route

Dogen is a former investment banker whose advice is all about getting rich — or at least feeling rich. He’s one of the flagbearers of the movement known as FIRE, which stands for Financial Independence Retire Early, and he focuses on generating enough investment income to cover your lifestyle. Traditionally, adherents say you should have enough saved so that you can withdraw and live off of 4% of your portfolio per year.

Rather than tips on living frugally, he offers ideas for making more money, whether that’s investing in real estate, stocks or peer-to-peer lending. That’s coupled with guides on how to avoid others knowing how wealthy you are, with advice on how to negotiate a bumper severance package.

The starting point, though, is extreme saving while you are earning a salary. During his peak employment years on Wall Street at the likes of Goldman Sachs, Dogen says he put at least 50% of his salary each year into building his investment portfolio. Now, he says he and his wife have a passive income of $260,000 — still less than his $300,000 per household benchmark for a middle-class family living in a big city.

What sets him apart from other FIRE advocates has been his decision to stay in high-priced San Francisco. (Most other devotees of the movement relocate to dramatically cheaper areas of the country.) That might change though: He’s considering moving to Hawaii (where they have family) after rising costs and lower interest rates reduced his returns.

How has the pandemic changed what people should be doing with their money?

Covid-19 has seriously changed the way we should all go about retirement planning.

Interest rates have plummeted, as central banks and federal governments pump an enormous amount of liquidity into the system. As a result, it takes a much larger amount of capital to generate the same amount of income. Therefore, we all need to be saving more for retirement, withdrawing less in retirement, or plan to make supplemental retirement income.

The “4% rule” from the 1990s is outdated. It was created when the 10-year bond yield averaged over 5%. Only a minority of people have pensions now. Social Security is underfunded. And we could experience another lost decade in stocks. Instead, people should consider a new withdrawal rule: 0.5%.

What is the most common question you’ve gotten during the pandemic?

Whether to buy property or not. A lot of people remember the housing crisis that began in 2008 and don’t want to repeat it. At the same time, everybody is spending more time at home, so the intrinsic value of a home is going up. With mortgage rates at or close to record lows, housing is also becoming more affordable.

I’m bullish on housing due to positive demographic trends. The millennial generation is in its prime home-buying years. Further, I believe there is a growing desire to own real assets versus paper assets like stocks, especially after the volatility experienced in March 2020.

Better known as: The Barefoot Investor 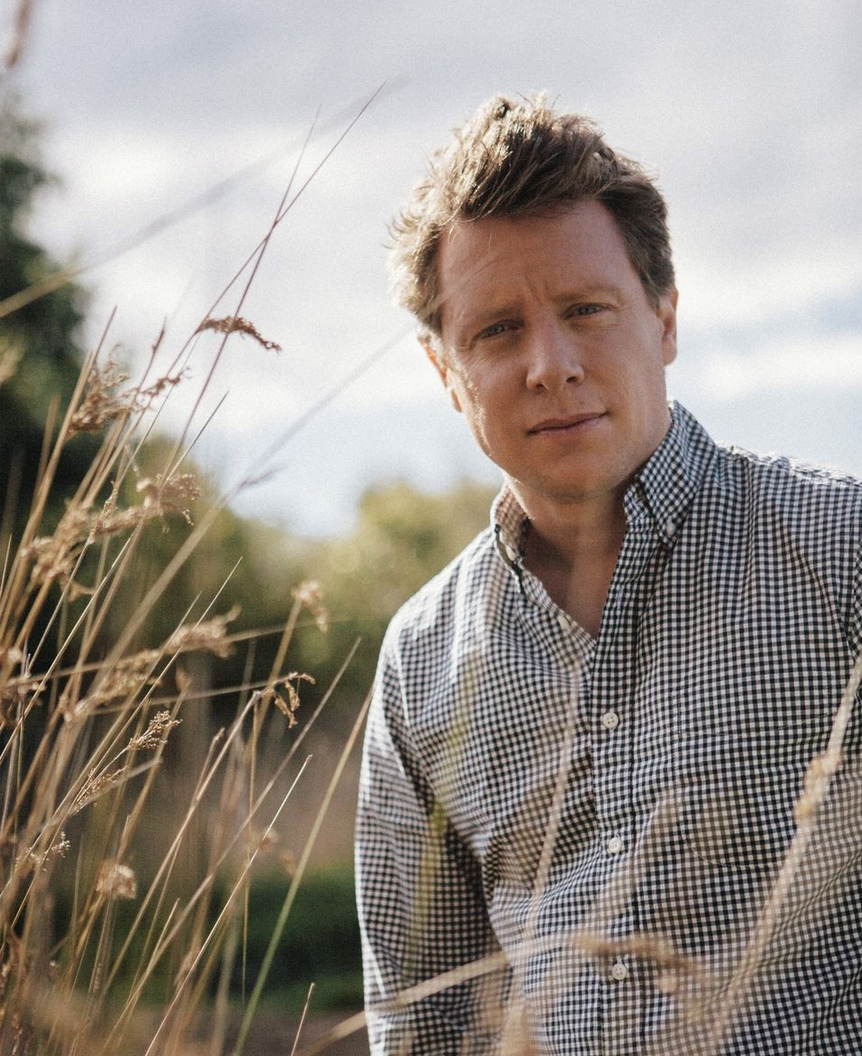 Key message: Stop with the excuses

Best for: Those who just want a plan to follow

Break out moment: His 2016 book, “The Only Money Guide You’ll Ever Need,” sold more than 1.5 million copies.

Pape is a man who can move billions. When he recommended a low-cost pension fund, about A$2.5 billion ($1.8 billion) of new money moved into it. ING Bank saw the number of its fee-free current accounts soar after he suggested them.

His message is all about actions. Nine of them to be precise. You won’t find general tips in his books, but rather a step-by-step plan to sorting out your finances that should be followed in order. Pape has a plan, and often a suggested script, to use when calling a company to negotiate a better mortgage rate, for example.

Pape grew up in the country and lives on the rural farm he rebuilt after it burned down in the horrific 2014 Victoria bushfires. Folksy in tone, he rails against buy-now-pay-later services and the involvement of banks in financial education in schools.

What is the most common question you’ve gotten during the pandemic?

“How do I buy shares? I’ve never done it before.” Seriously, that’s my #1 question. I have over 400,000 people on my email list, and I get thousands of questions every month. Jobkeeper and Jobseeker (the Australian government’s wage subsidy and unemployment benefit programs) have kept most people cocooned from reality, for now.

Last year I made the move to become a volunteer not-for-profit financial counselor. We provide free, independent financial help for some of the most vulnerable people in the community and help them get back on their financial feet. I have a feeling that we’re going to be very busy over the next few years.

code , CSS , Html , Html and Css , JavaScript , Technology , web design
Posted on January 31, 2022January 31, 2022
Planning to develop in JavaScript? You need a framework of libraries for efficient coding. But which is the most popular JavaScript framework? In May...